I'm abandoning LiveJournal, although I had pretty much left already really, so I might post here sometimes instead. Or not. Anyway, Happy New Year to any who are still reading my words. 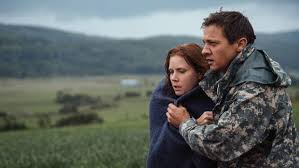 Watched the film Arrival yesterday. I hadn't read much about it beforehand and it caught me really by surprise. I found it intense, painful and very thoughtprovoking. Not sure if I'd recommend it as it was very emotional, but it is staying in my mind.

Dr Strange the week before was a lot more fun. I do love going to the cinema, it's great to have cheap tickets. 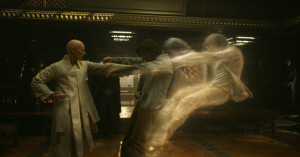 What have you been watching? 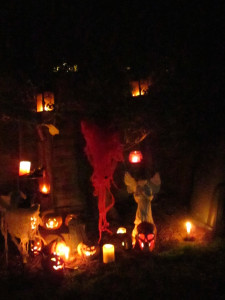 My lights for the dark night, guardians wishing you a Happy Hallowe'en.

voodoo practicioner Dr Facilier has friends on the other side...

Today, whilst looking at some lemurs, I was stung on the wrist by a wasp. It's swollen up quite a lot and hurts, but I can still use my hand, so I can't complain too much. That wasn't what I came here to write.

We have been on holiday in Wales for a week and I wanted to share the lessons I learned whilst there.

1. Never go anywhere via Llanelli. The road was slow and ugly with no less than 5 sets of temporary traffic lights and the places we passed through were truly not attractive. Most notable sign whilst sat at traffic lights waiting was in a chinese takeaway which warned that they did not sell chips on their own and not to eat food in or outside the property once bought.

2. You will not see a cat or a rabbit in the open in Mid-Wales. I surmise that red kites and other birds of prey are doing so well that bunnies have learned new behaviour which involves never appearing above ground and in the whole week I only saw one cat. For comparison as we got into our street I saw 4. Odd.

3. Just because they put yellow on the map by the coast, it doesn't mean there is a beach. I know, growing up in Cornwall with the best beaches all around me, I'm hard to please, but I took my swimming costume and once again it didn't get an outing, estuary, it was an estuary.

We saw the most wonderful hills, castle ruins, woods, lakes and wildlife though, it's a beautiful place. Today, inspired by Julian Cope's Syd Arthur Festival, I decided to go somewhere I'd never been to before to see a new vista and experience something different. ( Collapse )
I'm in the unusual situation of having time which is not spoken for as the children are with their grandparents for a few days and hubby was at work, so I grasped the opportunity.

Having completed the morning's committments, I began the journey using Megalithic Portal's satnav add on, which guides you to as close to various site co-ordinates as the road can go, and set off for a new place. After a false start with a hillfort which took me to a dead end in a housing estate and no visible means of accessing it, ( I don't really get excited about hill forts) I headed for a sacred pool in Somerset.

Our idiosyncratic satnav once again favoured the tiny roads and I ended up in a cul de sac at the end of some houses, but at least this one had a footpath leading from it, into 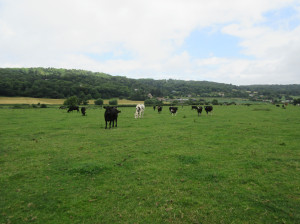 a field full of cows.

They look quite far away there, don't they?

They saw me and decided that I was interesting so they all came towards me. I like cows, but there were a lot of them and I admit, I did retreat to the edge of the footpath in a cowardly way. The satnav lost the signal. The trip was looking doubtful...but Julian spurred me on! I took a deep breath and recalled that the pool was in a wood. I could see a wood in the distance, I would not be beaten by a lot of cow pats and curious mammals, the water called me.

On the other side of the wheatfield is a steeply climbing wood. To get to the field I negotiated a gate and a very muddy stream, climbing over two thistley sytles and getting nettled on the way, adventurers need adveristy, or they do not appreciate the journey, do they?

At the top of the steep wood was a map, showing that the pool was at the bottom, but much further to the left than I'd gone. Woohoo! I can read maps, I didn't need the satnav anymore and it actually existed. My spirits rose and my sense of achievement began to build, I would find the place, by my own skills.

Accompanied by the calls of birds, I saw no humans in the woods, there was a sculpture trail which provided a green man, which made me smile, but the peace was gratefully received.
After some considerable time walking, I saw something sparkle at the bottom of the hill and there it was, The Whirley Pool I was so excited by the beautifully clear, bubbling water I accidentally went for a paddle and had very wet shoes and muddy legs for the return of the journey, but it was fantastic. 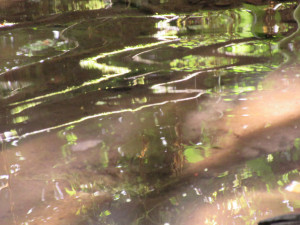 Surrounded by elder trees, it used to send up jets of water apparently, but now bubbles in the most delightful way. 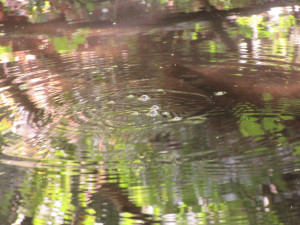 I sat for a long time after my squelchy bath, enjoying the bubbly noises whilst thinking about the mesolithic people and what it meant to them. To me it meant peace and wellbeing and a story I wanted to share, so I did. The cows didn't scare me on the way home. 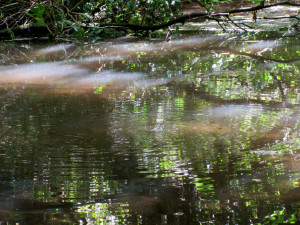 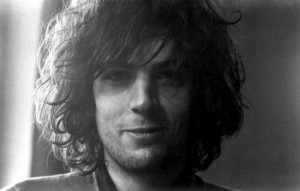 I had a dream about Patrick Duff recently. He was dead and in a coffin which I kept in my bedroom cupboard, it was made of bolsa wood. It was the time when we remember the dead so I had to dress his remains to honour him. I had his shiny black shoes in my hand ready to put them on, when the dead body in the coffin started knocking and moving around, indicating he wanted to get out. I was very surprised that he had come back to life, but couldn't shake the feeling that he was a copy of the original and not authentic.

It was Patrick Duff's 50th birthday yesterday, I wasn't online so I forgot. He wrote a little note about remembering his Dad turning 50, it does sound like a sensible age doesn't it? Who imagines that they'll get to these advanced years and still be the same inside? I am not there yet, but the years pass alarmingly fast...

There have been a lot of birthdays lately, so many people I know are late May/June babies and 3 of my exboyfriends are July, I don't go for horoscopes, but it is strange how they cluster. Happy birthday to

Have a happy Solstice. Tonight I was too tired to go to Stanton Drew to watch Rag Morris dance and it was too complicated to see the Fields of the Nephilim play in London, but I have enjoyed the damp grass beneath my feet and smelled the roses. Enjoy the full moon and the longest day x

All the news is so depressing, mass killings with guns, drunken fights over a stupid game with a ball, EU leave campaign boiling down to people hating other people who are different to them, Donald Trump existing, makes me ashamed to be human.
Collapse